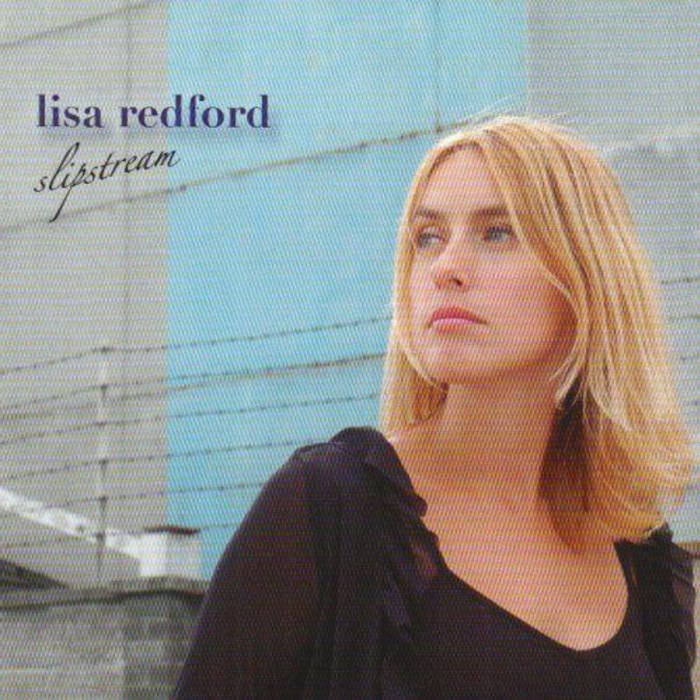 In November 2003 Lisa's debut album, the self-produced, released and financed 'Slipstream', was released. The album contains 12 songs all written, performed and produced by Lisa. It captured a very natural acoustic sound because she wanted the recordings to be as near to her compelling live performances as possible.

Slipstream gained widespread glowing reviews, and tracks from the album received airplay on Bob Harris' Saturday show on Radio 2 and various other radio stations around the world.

'Slipstream is an amalgam of heartache, fervour and triumph, sung with authority and passion...In a sea of smart female singer-songwriters, Lisa Redford is an admiral.'
Maverick Magazine ****

'her long-awaited debut album, can best be described as heavenly...This album will grow and grow on you - buy it.'
The Event Magazine ****

'this is no clumsy pastiche of other people's work, it's a distinct and individual disc that more than stands up on its own as a strong collection of new material. This is possibly the best independent UK singer/songwriter disc we've heard over the past 5 years...Highly recommended.'
Fish Records

'Redford's voice is clear and well-articulated...she demonstrates a mature songwriting style...This album should provide her with a platform on which to further build her reputation.'
Country Music People magazine ***1/2


'Redford never loses track of what she does best, which is create acoustic gems full of heart-felt emotion... captures Lisa's ability to hold a listener's attention with just her voice, words, and acoustic guitar.'
BestFemaleMusicians, New York


'(allows) the strength and sensitivity of Redford's voice to come to the fore, a tool she interweaves with her gentle picking to maximum effect...Redford's star will shine somewhat brighter on the wider acoustic scene in the near future.'
Folk and Roots


'Quite simply she writes great songs which are the perfect vehicle for her stunningly beautiful voice...she's right up there with the best of them.'
Classic Rock Society

'As a solo artist she exudes an angelic, almost ethereal charm; her agreeable, warm vocals simple and enticing, coupling delightfully with her palette of gentle acoustics...there’s a dedication at work beneath these dozen delightfully crafted songs that burns bright with commendable confidence.'
Logo Magazine ***

'An excellent debut-CD from an interesting Brittish artist. I long to hear her next release. If you haven´t heard her, then do!'
Smalands Country Club, Sweden *****

'delicate acoustic roots pop with heartfelt lyrics and a superb vocal..deserves to be bigger than Katie Melua!'
Reveal Records

'This record showcases Lisa’s voice, one that could turn the bleakest Norfolk winter into a Bahamian paradise.'
Americana UK


'Every so often a CD by an totally new, unknown artist comes along and just knocks you sideways. That happened for me last year when SLIPSTREAM, the debut album by Norwich-based singer-songwriter Lisa Redford, landed in my CD player.'
Maverick Magazine Interview Feature