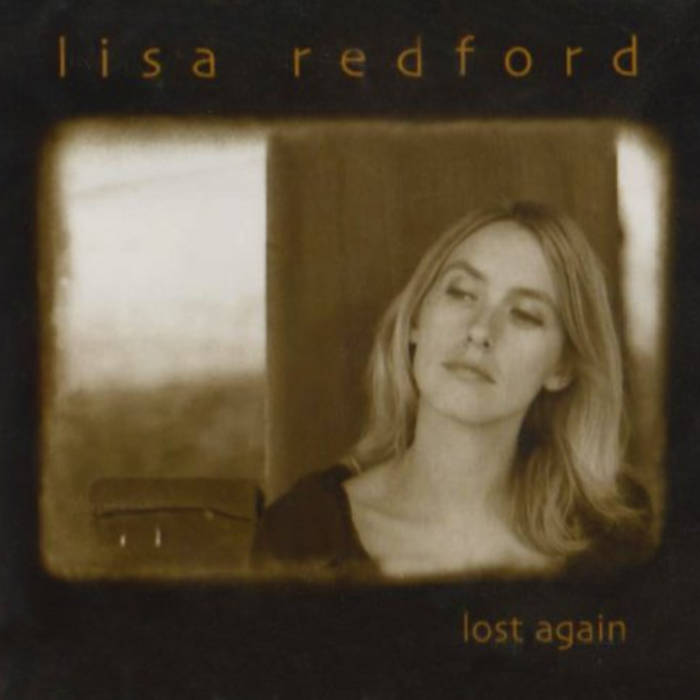 'Lost Again', Lisa's acclaimed second album, was produced by Gabriel Minnikin, a former member of acclaimed Canadian alt-country band, The Guthries. Recorded at Airtight in Manchester with some wonderful musicians, Lost Again took her acoustic sound to another level with beautiful lush arrangements and an increase in instrumentation. Ranging from the breezy radio-friendly title track, the aching ballad When You Go, the Drake tinged Dragonfly, to the epic Universe, the album further showcased her depth of songwriting talent and made this album a truly compelling listen.

Lost Again received even more airplay on Bob Harris's Radio 2 show and on radio stations throughout Europe and the US. It also received great print reviews and made the Top 50 Americana albums of the year at Americana UK. Her track Dragonfly was played on Bob Harris's special 'Best of British' show which featured the best British songwriters. Lisa was was played alongside The Stones, The Beatles, The Kinks, Radiohead, Coldplay, Nick Drake, Richard Thompson, Sandy Denny and many others. The title track was also playlisted on BBC Radio Norfolk. The acclaimed 'Dragonfly' was also featured in an independent film in LA. The album closes with her live heartfelt version of Neal Casal's 'Fell on Hard Times' which also received many plays on Bob Harris.

'one of the most captivating records of its kind that I've received for review this year...while Lost Again is manifestly a continuation in terms of Lisa's deeply felt yet recognisably smart songwriting, and its basic idiom remains exquisite melodic country-tinged acoustic pop, the album is definitely and consciously more "produced", with significantly increased instrumentation and beautiful (and imaginative) arrangements to envelop Lisa's trademark stunning voice and acoustic guitar and complement her reflective, heartfelt and emotionally-charged (without being overwrought) lyrics...the end result is heart-meltingly good...Play this rapturously good CD just once, and you'll definitely want to get lost again (and again, and again…) in its charms, I just know it!'
Netrhythms

'a well accomplished selection of songs which are personal, direct and easily accessible. Strong, distinct melodies give the tracks a sense of immediacy and are topped off by Lisa’s great voice and some excellent musical backing.'
Americana UK

'my pick of the crop has to be Lost Again - Lisa Redford. I personally would put Lisa in the same bracket as country/folk singers Iris Dement and Nanci Griffith. I will be very disappointed if we do not get to hear more from this lady with the super voice. And her talents do not just stop there, all tracks on this album, except for one, were written by Lisa Redford. If you like good music, this one is well worth a listen.'
Roy Heap, Pedal Steel Magazine

'this album is even better..an alt country-tinged set with zippy melodies and excellent playing all topped with Lisa's effortlessly pure vocals.'
The Event Magazine ****

'it is that voice which is her crowning glory and sets her apart from her contemporaries. In a market awash with quality female singer/songwriters Lisa Redford is up there with the best.'
Classic Rock Society

'Lisa knows how to write songs that linger on longer than the length of the CD..she writes great melodies and lovely refrains.'
MazzMusikaS, Belgium

'it's wonderful but I expected that of course' Harmony Ridge Music, California, USA

'a terrific record that I love a lot!'
Alt Country Cooking, The Netherlands

'We love the Cd and have been playing it on the programs.' Folkscene, USA

'seems to confirm the good things I said about the debut album so it will be a pleasure to play them in my radio show here...the songs are even easier on the ear than it's predecessor!'
Radio Voce Spazio, Italy